RENO, Nev. (News 4 & Fox 11) — A well-known Reno businesswoman and philanthropist is suing her business partners, accusing them of manipulating her into entering a marijuana business where she saw little to no return on her investment.

In an 80-page lawsuit filed in Washoe County District Court, Heidi Loeb Hegerich alleges that her former assistant and his husband misled her and colluded to bring her in to the partnership. 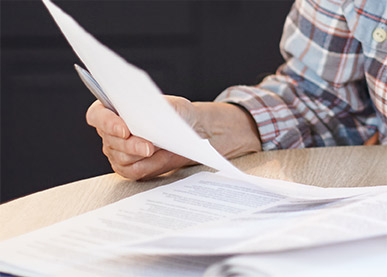 Loeb Hegerich, a wealthy woman in her 70s, began discussing a deal with Terra Tech in 2014 to open a marijuana cultivation facility and the Blüm dispensary in midtown Reno.

She ultimately became a co-owner of Blüm, regularly checking in at the Virginia Street dispensary after marijuana was legalized in Nevada.

Loeb Hegerich described an encounter with a manager in January 2018 that started to make her suspicious.

That’s when Loeb Hegerich first started to realize what she said had been happening.

The lawsuit indicates that Loeb Hegerich received no return on her investment for over a year. It alleges 17 different defendants of theft, stock manipulation, elder fraud and filing false tax returns.

One of the main defendants is Mikel Alvarez, the director of retail sales at Blüm and Loeb Hegerich’s personal assistant of 15 years.

“On behalf of The Alvarez Family Trust, Garrett Alvarez and myself, on the advice of counsel, we have no comment on this matter,” Alvarez wrote in a statement to News 4-Fox 11.

Terra Tech, the company which operates the Reno Blüm location, released the following statement on December 12.

“We are aware of the allegations made by Ms. Loeb-Hegerich. Terra Tech strongly denies these allegations. We remind the public that the allegations in her complaint are just that – allegations by a business partner which have not been proven. We maintain that, after a full vetting of relevant facts, Terra Tech will be fully vindicated.”

“Far from the image portrayed in recent interviews, Heidi Loeb Hegerich is in fact a wealthy, sophisticated investor with a history of disputes with business partners. Ms. Hegerich was married to David Loeb, one of the founders of Countrywide Mortgage. She has described herself as a business executive, real estate developer and self-described ‘mistress to the rich and famous.’ We reaffirm our commitment to our shareholders to correct any misleading and inaccurate reports and remain committed to providing accurate information to our investors.”

Ms. Hegerich’s lawsuit and recent interviews are an attempt to manipulate Terra Tech into paying money she is not owed. The real victims here are the 120,000+ Terra Tech shareholders who may have suffered losses from their investment in the Company as a result of her spurious accusations.

As Ms. Hegerich is well-aware, her allegations ignore the significant investment and expertise required to obtain a license and build out a retail facility. In fact, Terra Tech actually funded over 2.9 times the amount invested by Ms. Hegerich, including buying all of the product inventory to open the location and carrying operating losses until the opening of recreational sales.

Ms. Hegerich also neglected to mention that on numerous occasions, Terra Tech has offered to purchase her share of the business at a greater than eight times return on her investment within two years.”