A new unpublished opinion from the U.S. Court of Appeals for the Ninth Circuit is being touted as a victory by Waste Management and Reno, Nevada, in an ongoing legal fight involving a group of local competitors. The May 18 ruling affirmed a lower court’s 2019 decision that the company’s exclusive municipal franchise contract, and the city’s decision to grant it, does not violate federal antitrust law…. 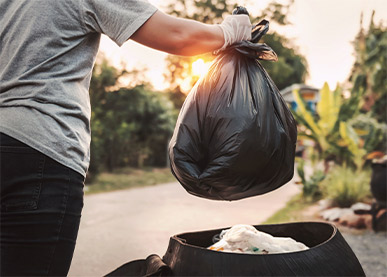 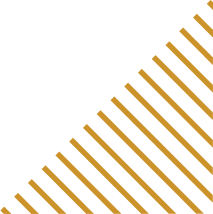 Waste Management’s exclusive franchise contract with Reno, awarded in 2012 to subsidiaries including Reno Disposal, has been the subject of ongoing scrutiny by competitors and others for years.

GSR, NRS and Rubbish Runners – all interrelated by ownership and management – have been involved with multiple challenges to that arrangement. This includes legal action by GSR in 2016, a contentious state legislative battle in 2017 and various competitive tactics to go after Waste Management’s commercial customers throughout.

A key part of GSR’s strategy has been to charge customers less than Waste Management’s rates set under the franchise contract. One workaround involved giving a “rebate” for recyclables, so GSR could say it was buying material rather than charging for service. Subsequent investigation found there was still a net cost overall, in part because the hauler paid to tip material at an NRS recycling facility. According to testimony from a GSR sales director, as well as the company’s two co-owners, all involved recognized this as one of multiple efforts to undercut the exclusive agreement.

The legal saga has taken many turns, including GSR’s recent effort to question the definition of waste versus recycling. In a June 2019 brief, filed as part of its appeal, the company focused on the specific lack of definition around recyclables in the Nevada legislature’s authorization for municipalities to enter into exclusive franchise agreements. This month’s Ninth Circuit ruling found the state’s definition of “other waste” is “broad enough that it at least arguably encompasses the recyclable materials covered by the Franchise Agreement.”

Beyond that definition debate, the more significant assessment in the Ninth Circuit’s ruling addresses the city’s authority to award the contract itself: “[T]he Nevada legislature plainly intended to displace competition with regulation when it authorized municipalities to ‘displace or limit competition,’ … by granting an exclusive franchise for the collection and disposal of waste.”

Other industry players have also recognized this case could have wider implications. Republic Services filed an amicus brief (via a local subsidiary) in August 2019 supporting Waste Management and Reno. While that brief said the company does not have franchise agreements specifically like the one targeted by GSR, “Republic does believe that GSR is championing a misinterpretation of Nevada law that would improperly restrict the statutory rights of municipalities.”

Republic has multiple large franchise contracts in Nevada, including in Las Vegas, and the market dominance by the national industry’s two largest players has been a point of local contention for years.

This municipal authority issue was also recognized by Mark Simons, a partner at the Reno-based firm Simons Hall Johnston who represents Waste Management. In a September 2019 interview, Simons outlined why he saw this as having wider industry implications because it was possible “every jurisdiction that has franchise authorities could be impacted by this decision.”

Reno notified GSR the company was not licensed to be collecting recyclables in the city as far back as 2015, but said it was too soon to say whether the Ninth Circuit’s ruling could lead to further action.

“We are pleased with the decision,” City Attorney Karl Hall told Waste Dive via email. “Regarding further enforcement action, that is usually complaint driven and we will take appropriate steps to seek compliance with City code as needed. State Court cases are still pending.”

Waste Management previously sought injunctive relief against GSR and its sister companies in a Washoe County Second Judicial Court case that has continued for years. The company asked the Nevada Supreme Court to compel enforcement action in an August 2019 request, which is pending.